1868: the death of Dean Richard Brown 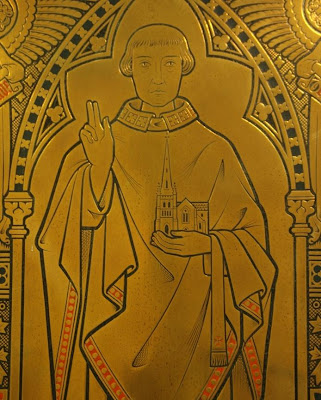 Dean Richard Melchaides Brown, the priest who built St Peter's church, died on this day in 1868 at the age of 62. His memorial in the Cathedral shows him, as is the custom for founders of churches, holding an image of the church he had built. Canon Billington writes, "After the anxious work of school and church building was accomplished, he lived a little over nine years in the new priests' house, and died there, fortified by the last sacraments, on December 31, 1868. The dirge was sung the following Sunday, January 3, and the requiem mass the following day, Bishop Goss and about forty priests being present. There was no sermon, in accordance with his directions. He was then buried in the cemetery which had been laid out by his efforts".

The memorial plaque bears an inscription noting that he was pastor of the congregation for 28 years and had served as a Canon in the Diocese of Liverpool. Canon Billington records a local newspaper report which stated that he "had obtained the respect of all classes of the population by his courtesy and respect and respect for the opinions of others." He was regarded as "a man of great culture, with a taste for achaeological and architectural studies which had been developed and enriched by his residence in Rome." 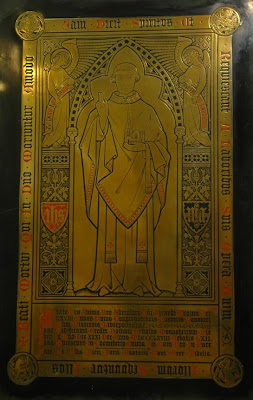 Posted by Canon Billington at 7:12 am