The Death of Canon Billington 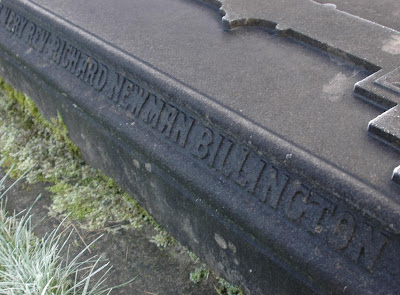 Now that the Cathedral's 150th anniversary year is over, it is time also for this blog to come to its end. 225 entries over the last twelve months have attempted to tell the story of Lancaster's Catholic history, especially that of its Cathedral church and parish. While the history can hardly be described as complete, it has hopefully given a flavour of the vast changes that have taken place over many centuries, and has introduced some of the great figures who have been connected with this place. Although there will be no further posts, the blog will remain accessible indefinitely and - we hope - will become a valuable reference site. If you would like to search for a name or event on the site, enter a word or two into the box marked 'search blog' at the top left of the page. And don't forget that you will be able to read the full Billington, plus a second volume bringing the history up-to-date, later this year. There are more details at the top of the right-hand column. 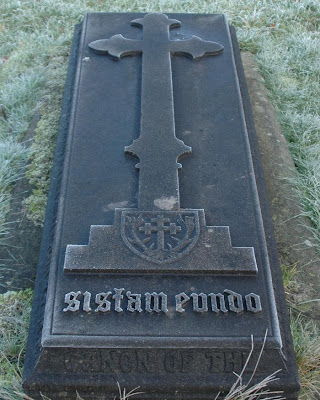 Our thanks are due to a great many people, beginning with a figure who has been constantly in the background over the last year. Although we have always referred to Canon Billington as the author of the parish history, it is worth remembering that he co-wrote the work with John Brownbill. It seems right, therefore, that Mr Brownbill's substantial contribution to our offerings be acknowledged. In more recent times there are many who have contributed to the work of the last year, many of whom have been mentioned in the relevant posts. We would, however, like to thank John Pye, John Rogan, Canon Tom Dakin and Josie and Maurice Bolton, who have all contributed greatly to the research behind the published material, and to all blog readers who have sent in pictures or emails and letters with information. It is much appreciated. 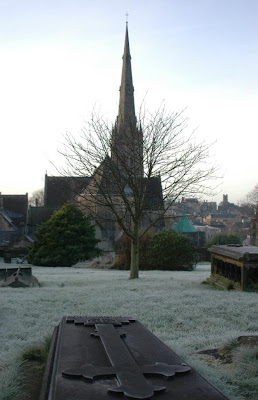 Six years after the parish history was published Canon Billington died while still in office at St Peter's. The following Monday his body was brought into his church and the solemn dirge was sung, followed by the Office for the Dead, the Rosary and prayers for the dead. At 11:30am on Tuesday 16th May 1916 his requiem Mass was celebrated in St Peter's by the Archbishop of Liverpool and former parishioner, the Most Reverend Thomas Whiteside, assisted by members of the Chapter of Liverpool. Canon Cosgrave preached. After the Mass, Canon Billington was laid to rest with his body facing the church that he had served so faithfully for over 22 years. His book of the parish history concludes with a hymn to Our Lady, which is reproduced here as our own account draws to its close:

O Mary, Virgin, Mother, Queen,
In thee our age-long hope has been;
Thy Son, Who our transgressions bore,
Would have us hope through thee still more;
With Him for England intercede,
And for thine ancient Dowry plead.

The charge at Calvary's Cross received
Anew thine anguished heart hath grieved;
From Christ's true fold how many stray,
Nor will His vicar's call obey!
Yet succour England in its need;
Our parted brethren homeward lead.

By faith in good works fruitful, pray
That all may climb the narrow way,
Till joining thee in heaven above,
We see and praise the God we love;
Oh! now for England intercede,
That then it prove thy Dower indeed.

Posted by Canon Billington at 6:56 am