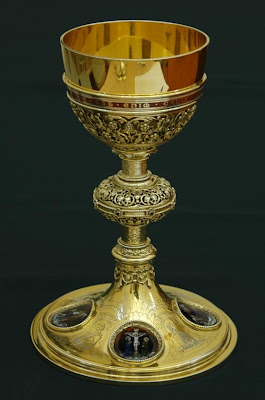 This chalice, still regularly used at Mass, is one of many which have been donated to the parish over the years. It is inscibed on the base with the words, "Donated by Mrs Dewhurst, 1922". Nothing else is known of its origin or of the donor; the appendices of Canon Billington's book (published 1910) do list Dewhursts among the communicants of 1799 and among those who helped to pay for the building of St Peter's in the 1850s, so it is at least possible that the donor of this chalice was part of a long-standing Catholic family in the Lancaster area. 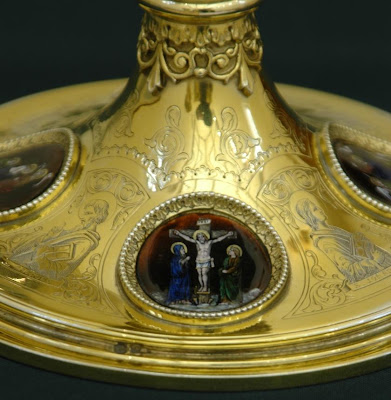 The chalice has four scenes from the life of Our Lord at its base: His birth, His baptism, His crucifixion and His resurrection.

Posted by Canon Billington at 6:32 am