A view from the Square II 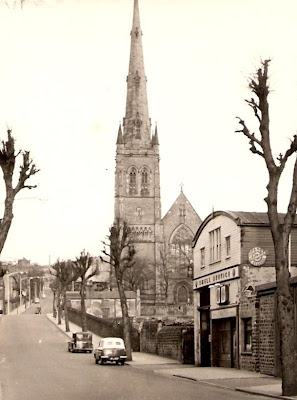 Slightly further up the road, and somewhat later, here is a view from East Road in the mid-20th century. The garage at the front of the picture was only demolished fairly recently (in the last decade or so) to make way for some new apartments. The trees have certainly grown somewhat since this picture was taken, and - as every Lancaster resident knows - the roads are a good deal busier. Seeing pictures of Lancaster through the ages it is striking how long-standing landmarks, such as the Cathedral, provide reassuring continuity in a rapidly changing city.

Posted by Canon Billington at 7:07 am