1928: The Metropolitan See of Liverpool 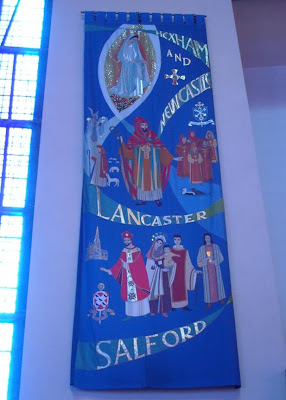 This banner, which hangs in Liverpool's Catholic Cathedral, reminds us that Liverpool is a 'Metropolitan See'. As such it has an Archbishop, who acts as a figurehead for the seven dioceses of the north of England, even though he has no direct jurisdiction outside of his own diocese. Liverpool was made a Metropolitan See on this day in 1928; today the other six dioceses in this province are: Hallam (Sheffield), Hexham and Newcastle, Lancaster, Leeds, Middlesbrough and Salford.

Posted by Canon Billington at 6:50 am