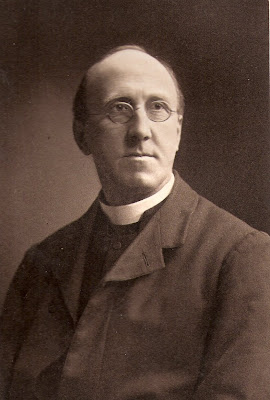 "The Very Rev. Richard Newman Billington, the present rector, was born in 1853, and educated at Ampleforth and Ushaw. He was ordained in 1878, and for four years was secretary to the late Bishop of Liverpool. He was appointed to the charge of St. Bernard's, Kingsley Road, Liverpool, in August 1883... In 1886 he was added to the clergy of St. Augustine's, Preston. Three years later, in 1889, he received charge of Thurnham, and on December 16, 1893, succeeded Provost Walker at Lancaster as rector and dean." Such are the words with which Canon Billington traces his own path to the church of St Peter, in the history of the parish which he co-wrote with John Brownbill in 1909. On this blog, which will run throughout 2009, the Cathedral's 150th anniversary, we will meet many of the great figures of this parish. 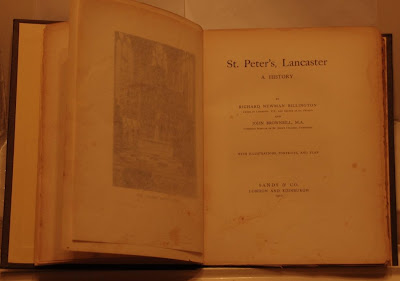 Billington's parish history was published in 1910, a few months after the church's golden jubilee. His book is due to be republished in 2009 with a second volume bringing the history up-to-date. Of course, Billington knew nothing of blogs, computers or any such thing, but he would - we hope - approve of us naming this Blog in his memory as we try, as he did, to pass on some insight into the history of Catholic Lancaster. 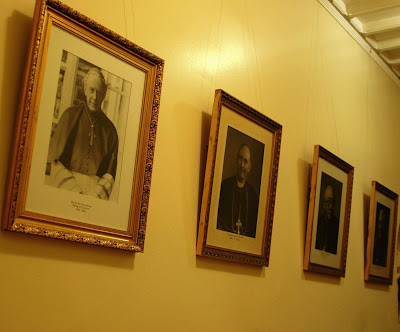 Billington's Blog will mark anniversaries of significant events throughout the year; it will show us traces of the history of the parish as seen in the Cathedral and around Lancaster today; it will invite us to meet a variety of people and look back on a range of events. We will also see something of how the priests and people of St Peter's coped with the more testing times of the last 150 years. On the walls of Cathedral House there are pictures of many of the great figures of the past - above, for example, a gallery of the Bishops of Lancaster. Over the year there will be many photographs, some being seen on the internet for the first time. 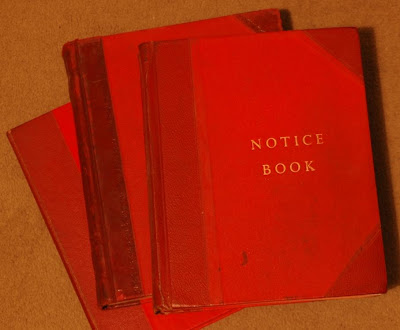 Another important source of information are the parish notice books. It was the rediscovery of these books a few months ago which first prompted the idea of a historical blog. In the time before parish newsletters they were used to keep a record of announcements to be made at Mass, so they provide us with an important snapshot of parish life on a week-by-week basis. There will be extracts from these books on the Blog throughout the year. The Blog will not include posts every day, but there will be regular updates, so keep calling back.

For today, though, it seems fitting to end this first post with a few words from Canon Billington himself, taken from the preface of his parish history, titled 'To the Reader', and dated November 18, 1909:

"St. Peter's Church was consecrated and opened in October 1859, and with due solemnity the jubilee was celebrated on October 3, 1909. Though the building is comparatively new, the cause it represents is an ancient and venerable one, the cause of Catholic Christianity in Lancaster; and this short record has been compiled and published in order that, surveying the chequered story of the past, the faithful may praise God with understanding for what has been accomplished, and go forward with courage through times of difficulty still to come."

Posted by Canon Billington at 12:01 am