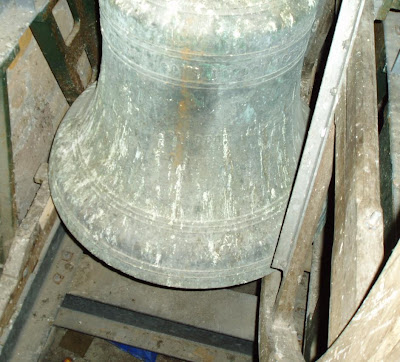 On this day in 1880 the Cathedral's bells were rung for the first time. Canon Billington takes up the story: "For twenty years the bell chamber in the tower remained unoccupied, but in 1879 Mr. John Gardner of the Greaves gave £1000 for a peal of eight bells. He died on November 25 in that year, a few weeks before the bells were ready. They were cast by Warner & Sons of London, and were consecrated by the Bishop of Liverpool on December 21, two days after their arrival." 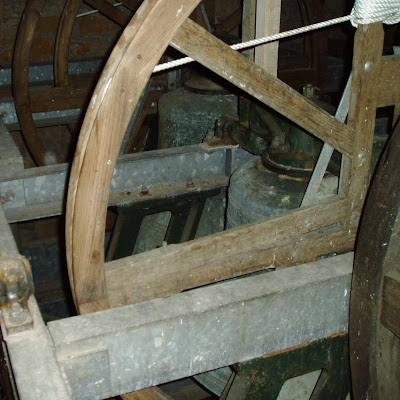 "The bells were afterwards hung, and on Tuesday, January 20, 1880, the first peal was rung on them by a band of ringers from the parish church; the ringers were entertained to supper in the evening." 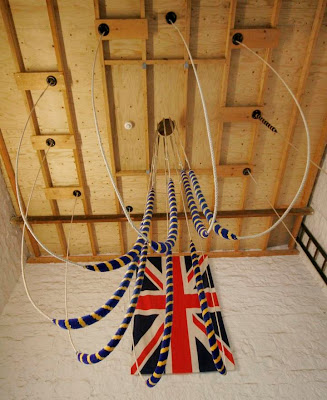 Each of the original eight bells is inscribed with a beatitude (Mt. 5:3-9) and the name of a saint. Two bells were added later, and all ten were rehung in the 1990s. More on these events later in the year. Billington tells us "The bells are of sweet tone. The angelus is rung daily at 7 a.m., noon and 7 p.m." Today the angelus is still rung - activated by an electronic timer - though now at 8am, noon and 6pm. One bell is tolled three times at the consecration during Mass, when a ringer is present. 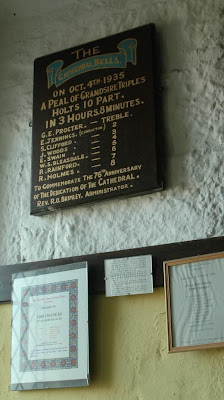 The walls of the ringing room are well adorned with commemorative plaques and certificates marking the ringing of peals for all sorts of events over the years; the most recent commemorates the quarter peal rung to mark the election of Pope Benedict XVI. 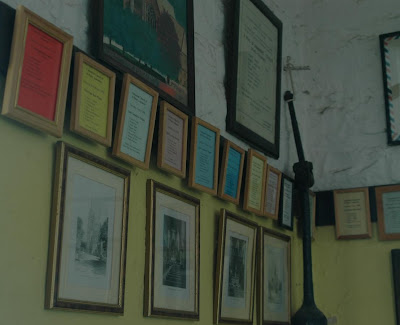 Tomorrow Billington's Blog will feature a picture of the ringing team of sixty years ago. Be sure to take a look! You can find more details about the inscription on the bells and their size, tone and origin by clicking here.
Posted by Canon Billington at 7:40 am