The Chair of St Peter 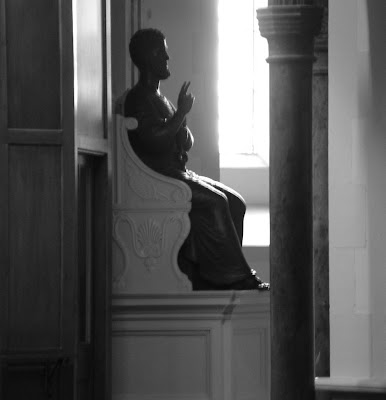 Before the liturgical reforms following the Second Vatican Council, 18th January was the feast of the chair of St Peter at Rome. It seems a good day, then, to let Canon Billington tell us more about the statue of St Peter in the Cathedral: "Near the north door is a seated statue of St. Peter, holding the keys in his left hand and raising his right in benediction. It is an exact copy of that in St. Peter's at Rome. It is of wood, stained to imitate the original, but the right foot is of bronze. The chair is painted to imitate marble. The statue was placed in the church in 1881. Its cost was £80." 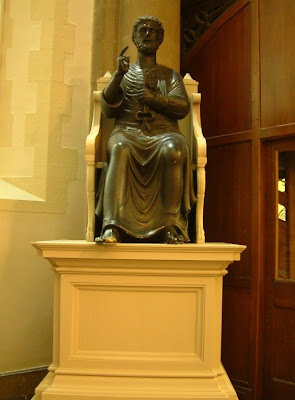 Keen-eyed readers who know the layout of the Cathedral may have spotted that the statue no longer sits by the north door. It was moved a few years ago to make it more prominent, and is now found near the main south entrance. The top picture of this post shows its original position; the second picture shows it as it currently is. The feast has moved, too: after the liturgical reforms of the 1970s it was merged with another feast, and is now kept on 22nd February. 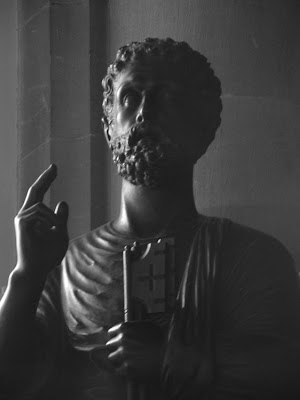 Posted by Canon Billington at 8:43 am