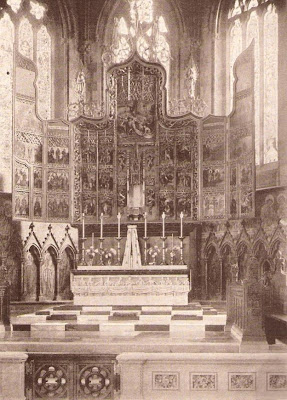 At the foot of the 1909 altar there are black and white marble steps, which were placed there at the golden jubilee as part of the altar and triptych design. The chequered pattern is clearly visible in this photograph. 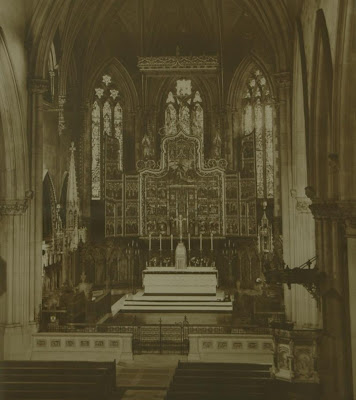 Now spot the difference! It seems that the layout was changed, to consist of black and white stripes, after the church was raised to cathedral status in 1924. Thus it remained until it was carpeted over in the 1970s; finally, in the 1995 reordering, the steps were returned to their original layout. 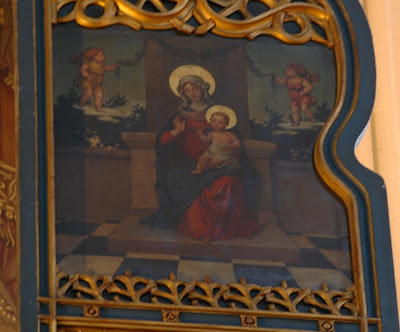 At the very top left hand corner of the 1909 triptych is an image of Our Lady holding the Baby Jesus, with an altar-like structure behind her and cherubs in attendance. Look at the floor: it seems likely that this small detail of the triptych was intended to tie in with the new chequered floor below.

Posted by Canon Billington at 6:14 am