1901: Cardinal Vaughan at the Baptistery 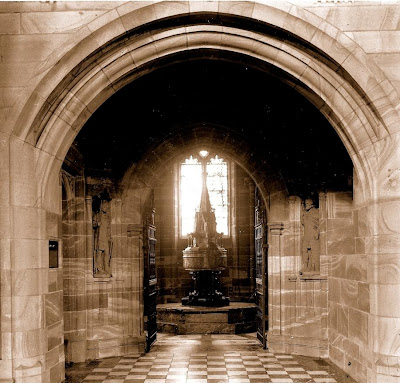 In August 1901 the new baptistery - which had cost £4000 to build - had been opened and the altar consecrated. It was on this day in that same year that the first sermon was preached there by a very distinguished visitor, as Canon Billington explains: "The late Cardinal Vaughan visited the church soon after this baptistery was completed, and was so pleased with its beauty that he preached a sermon which he wished to be considered the 'opening sermon', thus connecting himself with the new building. This was on September 15, 1901; it was the only visit he paid to St. Peter's after he had neem created cardinal, though he had frequently been in earlier times."
Posted by Canon Billington at 7:00 am