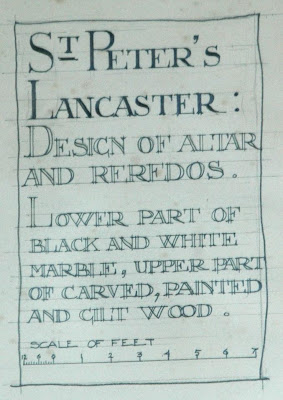 The famous architect Sir Giles Gilbert Scott died on this day in 1960. One of the most important 20th century arhitects, he made a name for himself when he won the commission to design the Anglican cathedral in Liverpool. 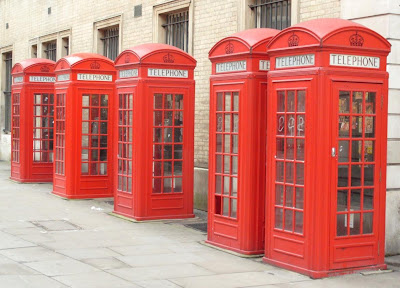 He designed many churches and worked on many famous buildings, including Battersea Power Station in London; he also designed the red telephone boxes, a few of which survive today. 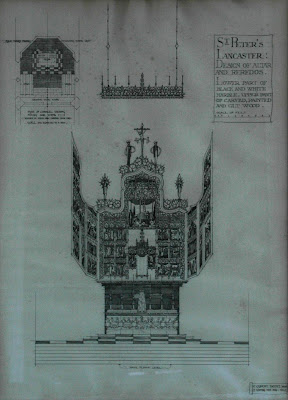 Gilbert Scott designed a new altar and triptych for the golden jubilee of St Peter's in 1909. Canon Billington writes, "The design for the altar and reredos was made by Mr. G. Gilbert Scott, and the work was carried out by Brindley and Farmer of London and Lawrence Turner of London. The paintings were by Tosi of London. The figures for the reredos were modelled by Miss Reid, who also carved the altar frontal. The cost of this part of the work was about £3000. Mr. Scott also designed four beautiful candelabra of bronze, each holding seven candles to be lighted at the exposition of the Blessed Sacrament. The candelabra are fitted in sockets in the triptych, two at each side of the throne." 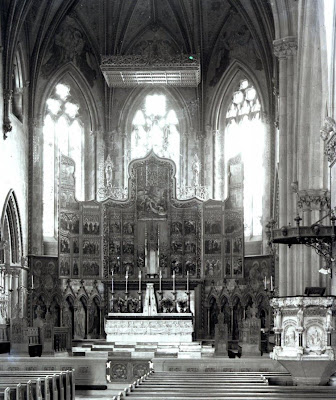 The new triptych and altar can be seen in this picture, which was taken sometime between 1909 and 1924. It is an impressive piece of work, but has had a slightly turbulent history. Removed after the reforms of the Second Vatican Council, the triptych was placed initially under the bell tower and then in the north transept, before being returned to its original place in the 1995 reordering.