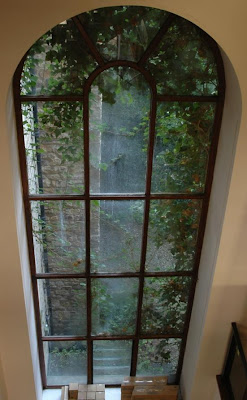 Yesterday's post gave some indication of the interior of Dalton Square, from the writings of Canon Billington. Today we won't hear from the great man himself, but we will pick up some clues from more recent inspections of the former chapel. The window pictured above is original to the building. When work was taking place to convert the space for office use some evidence found to indicate that this window may have contained stained glass. No mention of it is made in Canon Billington's history, however. 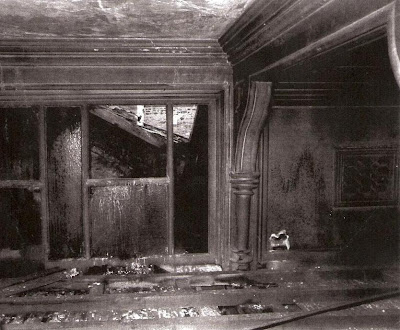 The ceiling is an attractive feature to today's visitors, and one which is of interest to us. The above picture was taken in 1979 when the building was being converted for its present use; it shows some of the roof space. 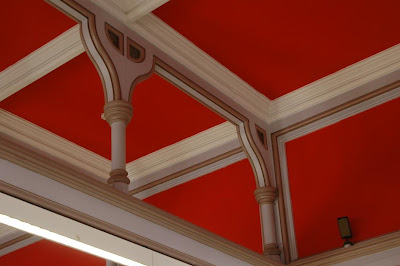 Today it is brighly painted and presumably looks quite different from the chapel days. The structure is original, though, and would no doubt be recognisable to Catholics who attended Mass there in the first half of the nineteenth century. 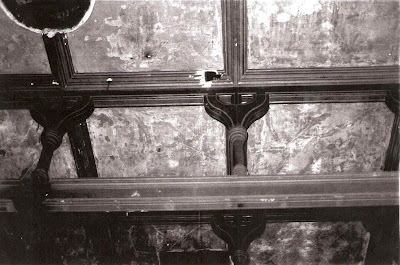 This image shows some traces of what is believed to be the original ceiling decoration. Again, the image dates from 1979. This part of the ceiling is covered now and not visible to those using the building, however the original decoration still remains, out of sight.
Posted by Canon Billington at 7:16 am