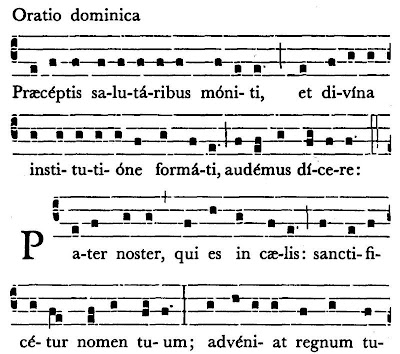 Forty-eight years ago parishioners of the Cathedral were, perhaps, beginning to see the first signs of the liturgical revolution which would take place in the late 1960s and early 1970s. It seems that it was at this time in 1961 that the 'Dialogue Mass' was being introduced; in this Mass people were permitted to join the priest and the server in reciting certain parts of the Mass. The notice book entry for 5th March 1961 gives more detail: "Dialogue Mass - the Holy Father is anxious for people to take part with Priest in offering Holy Mass - He allows people to say certain parts with Priest - we should then try to fulfil his wishes. Hence the children now have Dialogue Mass on Tuesday and Thursday mornings, and we shall have Dialogue Mass on Sunday mornings at 9.0am. Please bring your books next Sunday for this Mass and join with the Priest - Psalm, Kyrie, Credo, Sanctus, Agnus Dei and all the responses - Pater Noster also." It is interesting to note that liturgical reforms had begun some time before the Second Vatican Council, which would not meet for another 18 months. In fact, although the Dialogue Mass was clearly only being introduced here in the early 1960s, its earliest forms date back as far as 1922.

Posted by Canon Billington at 8:02 am