1799: The Opening of Dalton Square 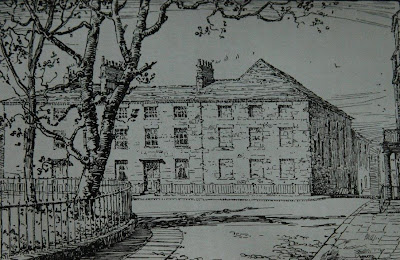 210 years ago today the new Catholic chapel, forerunner of the present church, opened in Dalton Square. It replaced an earlier church just off St Leonardsgate. Canon Billington records, "On October 8, 1797, Dr. Rigby, as appears from his note-book, agreed to purchase four lots of ground at the north end of the square, measuring in all 79 feet by 87 feet, and he was to pay £260 for them. Only two days after doing this he printed an address to the Catholics of England asking for contributions... In the end the subscriptions mounted up to £974, 18s. The old chapel and buildings in St. Leonardsgate were on August 31, 1798, sold by auction at the Shakespear, Mr. Gillow being the purchaser at £610." 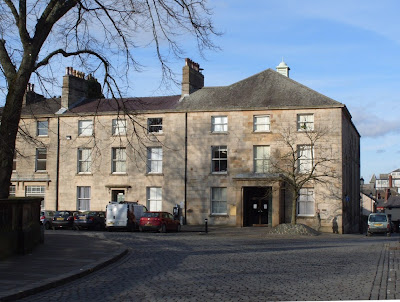 By the time Canon Billington was writing, of course, the Dalton Square chapel was itself closed and sold off, but the building remains to this day. He writes, "Externally the building yet remains but little altered, apart from the addition of an entrance porch in the square to adapt it for its more recent uses, and a further entrance at the corner in Friar Street." Today the building, which became known as Palatine Hall, somewhat appropriately houses conservation offices for the city council. There will be more about life at Dalton Square throughout March on Billington's Blog.

Posted by Canon Billington at 7:28 am