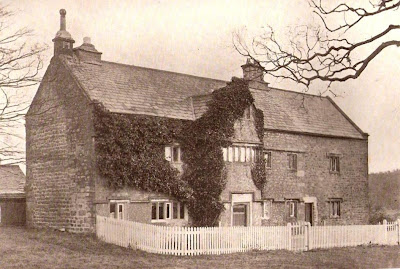 "Dolphinlee from about 1580 was the residence of the Copeland family, who were leaseholders of the Daltons and acted as their agents... The house afforded shelter to the missionary priests." So writes Canon Billington in his parish history; the image here is also included in the book. Dolphinlee was one of many houses used for the celebration of Mass in the days when the practice of Catholicism was illegal in England. Billington refers to some of the Catholic families who lived in the Bulk area where Dolphinlee was to be found: "The Croskells and the Balls were yeoman families of great fidelity to the Catholic religion, and a number of priests sprang from them." One early source quoted by the Canon refers to a visit which took place on this day: "Thomas Tyldesley and his wife went to Bulk to 'prayers' on March 25, 1712, and he went again in the following April, but not later, so far as appears from his Diary." Sadly Dolphinlee is no longer standing; it was demolished in the early 20th century.

Posted by Canon Billington at 7:08 am