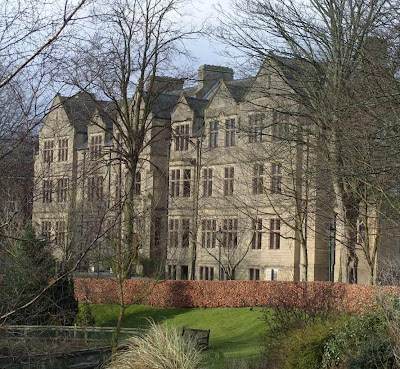 On this day in 1902 the new Nazareth House opened, replacing an earlier building in Dalton Square. Canon Billington's account reads as follows: "The work of the Poor Sisters of Nazareth is well known, the blue-edged cloaks and veils of the sisters being familiar in the streets and railway stations. The order was founded in France in 1851, and undertakes the care of orphans, of children suffering from incurable diseases, and of aged men and women. The children must be Catholics, but the older persons may be Protestants. The sisters settled in Dalton Square in 1899, in a house now pulled down to make way for the new Town Hall, and in 1902 entered the new house built for them in Ashton Road, on land procured from Miss Margaret Coulston by an arrangement with Canon Billington." 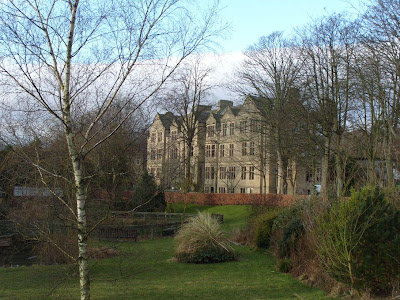 "There are eleven sisters resident. They are not an independent community, but connected with Nazareth House, Hammersmith. They depend on the alms of the charitable, and have care of 83 poor children who attend school, of 16 infirm and sick ones, and 26 babies; also of 10 old men and 21 old women, who spend their last days in this home." One hundred years after Canon Billington was writing, the work of Nazareth House continues on the same site. A community of sisters works alongside employed staff to provide care for the elderly and a day nursery for children. Currently served by their chaplain, Mgr Paddy O'Dea, they retain strong links with the parish and are amongst the organisations supporting the Cathedral's 150th anniversary celebrations.

Posted by Canon Billington at 7:56 am