The Banking Crisis of the 1820s 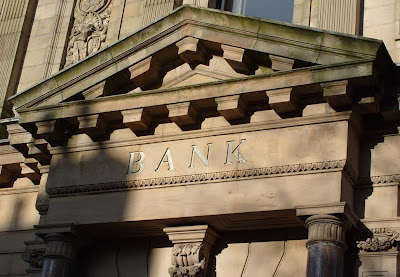 As Billington's Blog is being written in 2009, something of a shadow hangs over the banking world in a crisis that is likely to be remembered for many decades. Lancaster has lived through troubled times in the past, of course, not least when it had its own banking crisis in the 1820s. Some Catholic families were caught up in the difficulties and Billington's parish history records the events: "It is of interest to notice that after the failure of the Worswick bank in 1826 and the disappearance of the family, a new and greater bank was established largely through the efforts of John Coulston, whose family have been great benefactors to the mission. James Whiteside, another benefactor, was also connected with this bank." 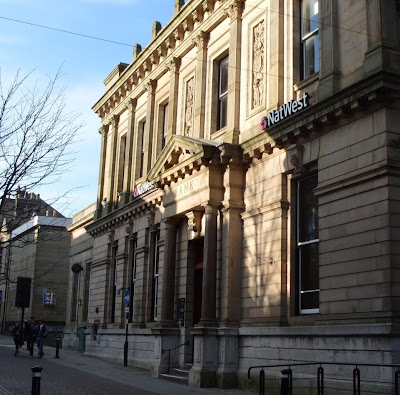 It is possible that Canon Billington has made a small error in his account. Other evidence suggests that the Worswick Bank failed on 13 February 1822; a second bank (Dilworth, Arthington & Birkett) failed in 1826, and the historian may have confused the two. It is clear, however, that some large and wealthy Catholic families helped to found the Lancaster Banking Company in 1826. The company began life on Penny Street but moved to the premises of one of the failed banks in Church Street in 1827. In 1870 a new building was built on the same site. The bank was later incorporated into larger companies, ultimately becoming part of the National Westminster Bank in 1970. Natwest still occupies the property today.

Posted by Canon Billington at 7:37 am