The development of the schools 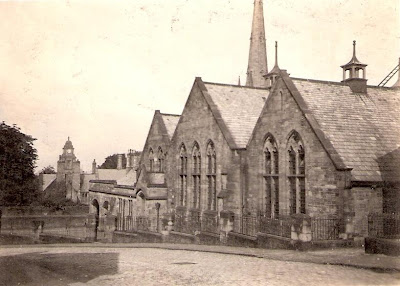 This image will easily be recognised by staff and pupils of today's Cathedral Primary School, as the building shown here is now the main part of the school. It's actually an extension, as Canon Billington records: "owing to the growth of the Catholic population and the more exacting requirements as to space made by the Government, it became necessary to build a new boys' school in 1895-6. Land was purchased to the south-east of the existing school buildings, in Balmoral Road, and the new building, designed by Austin and Paley, was opened in 1897. The total cost was £4700." A picture of the original school building can be seen on the post for 1st February; this building was demolished after the opening of Our Lady's High School in the 1960s. The extension, though the inside is now much modernised for today's educational needs, outwardly retains something of its original appearance, and is a listed building.

Posted by Canon Billington at 7:52 am