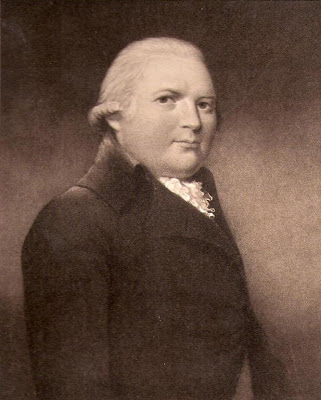 On this day in 1818 Dr John Rigby, the priest who founded the chapel at Dalton Square, died. Canon Billington: "Dr. John Rigby, the builder of the chapel... received charge of the Lancaster mission in 1784. He was a son of Richard Rigby of Pemberton by Mary Winstanley his wife, and was born in 1753. He went to Douay in 1766, and thence to St. Gregory's Seminary, Paris, in 1773, remaining there for over ten years. He was ordained priest in 1782, and the following year acted as superior of the seminary during a vacancy. While there he obtained his D.D. degree at the Sorbonne in 1784. Soon afterwards he came over to England for a short visit, and while here was persuaded by the Vicar Apostolic, Bishop Talbot, to accept charge of Lancaster, where he arrived about the end of October. Here he continued to minsiter until his death." Canon Billington tells us that his absences from Lancaster were "few and brief", that he wrote a catechism and composed the inscription which is carved into the Lune aqueduct, which was built in 1797. He then records of Dr Rigby, "He died on June 10, 1818, 'of a creeping apoplexy'." 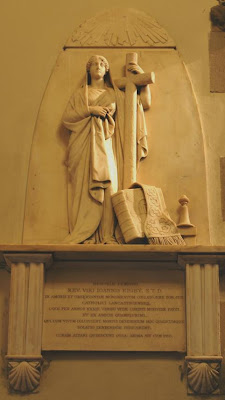 In the Cathedral today there is a memorial recording Dr Rigby's contribution to Catholic life in Lancaster. Canon Billington writes, "The general esteem in which he was held locally was shown by the subscriptions to his monument, which amounted to £158, 19s, 6d. The mural tablet represents Faith standing by the cross, at the foot of which lie priestly vestments and chalice". He also quotes a local newspaper report of Dr Rigby's death, which states that he "had uniformally discharged the duties of his situation with a zeal and prudence which, while they endeared him to his own flock secured to him the esteem of men of every religious denomination... To Lancaster he was warmly attached. On all occasions he proved himself ready to devote his abilities and leisure to the promotion of its interests; and the great work of the canal owes much to his discernment and unwearied attention." 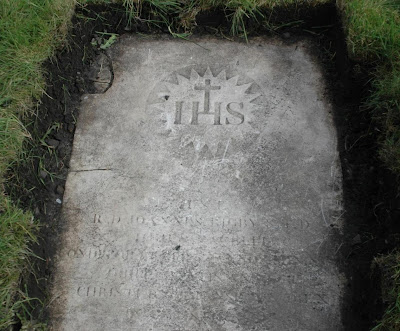 Dr Rigby's body was buried before the altar in the Dalton Square chapel on June 15th; in January 1860 it was moved to the new St Peter's cemetery, where it rests until this day. It was uncovered for a brief spell in September 2008, when this image was taken. After Rigby's death there was a vacancy of several months with no resident priest (although services were maintained by visiting clergy); Rev. George Brown then took over in April 1819.

Posted by Canon Billington at 7:14 am