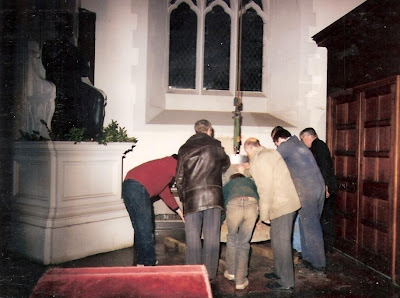 Sixteen years ago today a service for the Redediction of the Bells was held in the Cathedral. It took place to mark the completion of work on the peal of ten bells, which had been rehung. Nine of the ten bells remained in the tower throughout the work. Only the largest (seen here) was brought down - partly as an appeal for funds and partly because the space was needed higher up. Note the statue of St Peter in its old position. 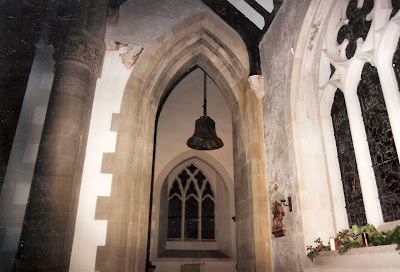 The bell had been lowereed through an opening in the floor of the ringing chamber. It was later weighed and came in at 19cwt 0qtr 21lbs. Aside from the event, this picture also shows just how poor a state the Cathedral was in before the reordering of 1995. 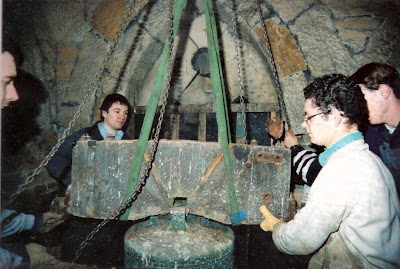 Once up the tower the bells had to be placed in position, and once again it was all hands on deck. 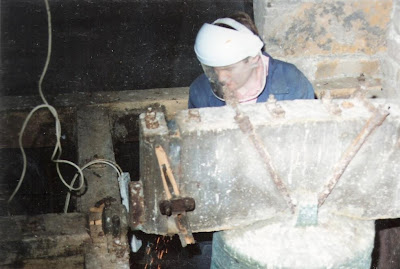 It is a relief to see that somebody also fixed them in place! The work was carried out by Eyre and Smith, though to keep costs down most of the labour was supplied locally. 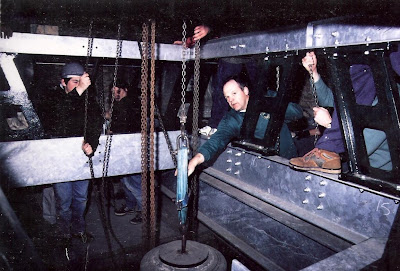 It seems from the photographs that a number of the ringers got involved in the work. Amongst them were two future priests: here, the future Fr Andrew Broster (now Parish Priest at St Joseph's, Skerton) is seen facing the camera... 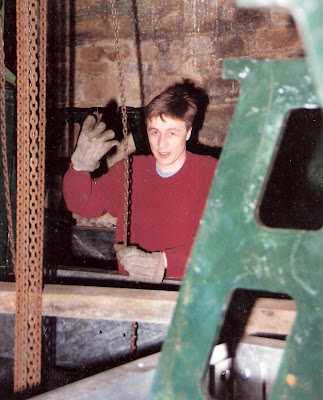 ... and here the future Fr Stewart Keeley (presently of St Bernadette's, Bispham, and also the diocesan MC) lends a hand. Sixteen years later all ten bells are in good working order, though the ringing team often struggle to recruit members. Do you fancy giving it a go? Get in touch.
Posted by Canon Billington at 7:54 am