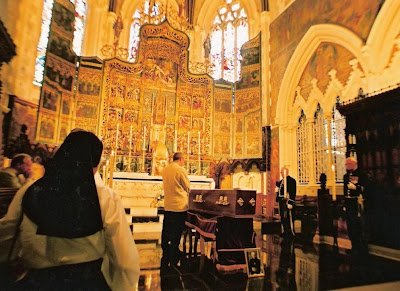 Nine years ago today Rt Rev. John Brewer, the fourth Bishop of Lancaster, was laid to rest following a requiem Mass celebrated in the Cathedral. Before Mass his body was placed in the Blessed Sacrament chapel where people spent time in prayer and paid their respects. 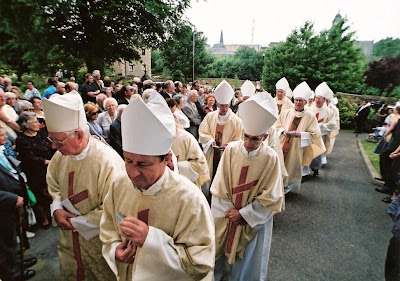 Bishops - over 30 in total - came from all over the country to commend their brother to God. 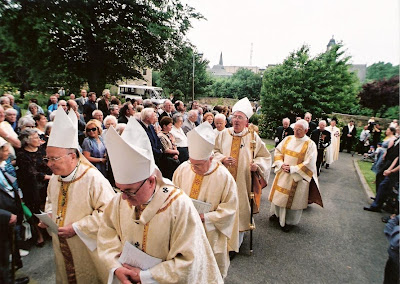 Most Rev. Cormac Murphy-O'Connor, then the new Archbishop of Westminster and not yet a cardinal, presided at the Mass. He had known Bishop Brewer well for many years. Before being made bishops the two had been on the staff of the Venerable English College in Rome. 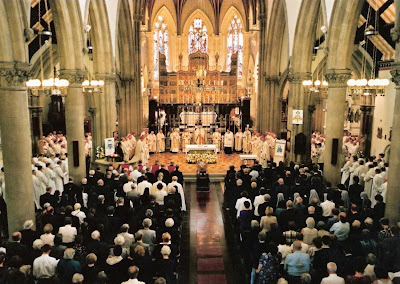 The Cathedral was filled to capacity, with many priests and people from around the Diocese, as well as members of the Bishop's family. 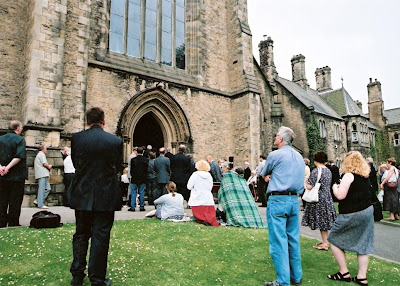 Such was the crowd that some people had to remain outsid during the Mass. 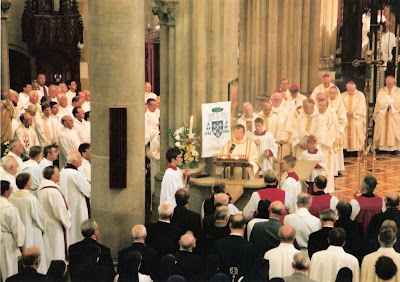 Here Rev. Robert Billing, a year before being ordained priest, reads the Gospel. 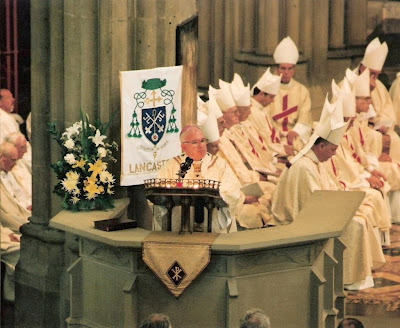 The homily was given by Most Rev. Patrick Kelly, the Archbishop of Liverpool and a former priest of the Lancaster Diocese. 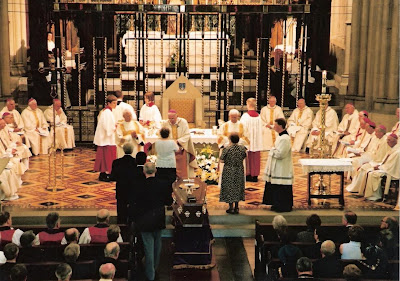 Here the Bishop's coffin is seen at the foot of the sanctuary steps as the bread and wine are brought forward for the celebration of the Eucharist. 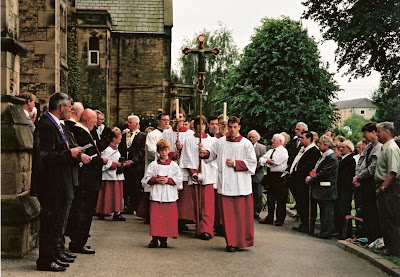 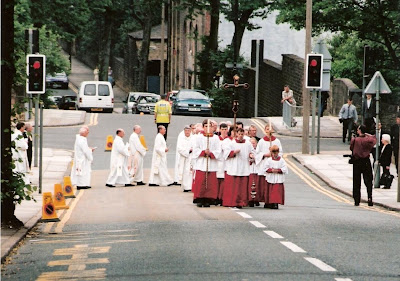 Traffic on East Road was temporarily halted while the procession made its way up the hill. 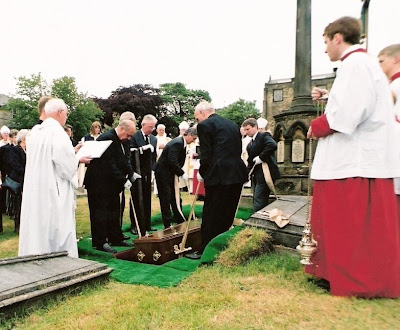 The Bishop was laid to rest by Monsignor Paddy O'Dea, who was elected Administrator of the Diocese following the Bishop's death. Here, alongside his three predecessors and Auxiliary Bishop Thomas Bernard Pearson, Bishop Brewer's body rests in a vault beneath the cross at the centre of the cemetery. May he rest in peace.
Posted by Canon Billington at 7:21 am