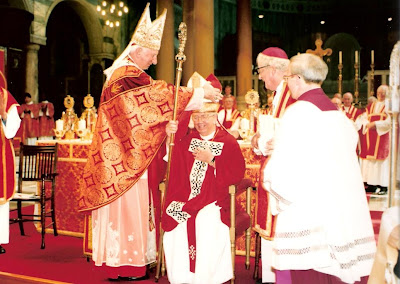 He had been a hospital chaplain, a seminary tutor and rector and Administrator of the country's largest Cathedral. On this day in 1993 Patrick O'Donoghue - the man who would become the fifth Bishop of Lancaster - was ordained Bishop by Cardinal Basil Hume. It was the feast of Saints Peter and Paul (hence the red vestments), and the ordination took place in Westminster Cathedral. Bishop O'Donoghue served as an auxiliary bishop in Westminster before being appointed to Lancaster in 2001. 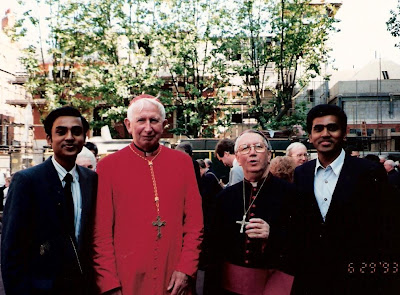 Here the Bishop is seen with Cardinal Hume outside the Cathedral on the day of the ordination. They enjoyed a close working relationship until the Cardinal's death in June 1999. 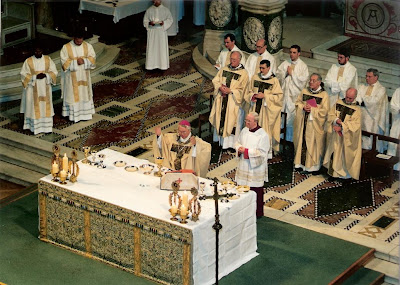 Here Bishop O'Donoghue is seen in later times celebrating Mass at Westminster Cathedral. A later post will cover his installation at Lancaster and his time in the Diocese.

Posted by Canon Billington at 7:13 am