1985: The Installation of Bishop Brewer 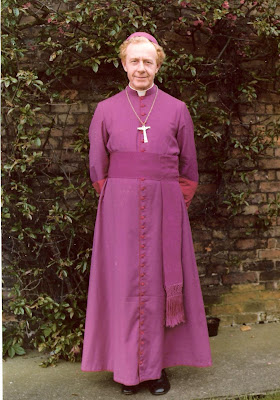 A young Bishop John Brewer poses for the camera. Born in Burnage, south of Manchester, he became a priest and then auxiliary bishop of Shrewsbury Diocese; in 1984 he came to Lancaster as Bishop Foley's coadjutor, and on this day in 1985 he was installed as the fourth Bishop of Lancaster. 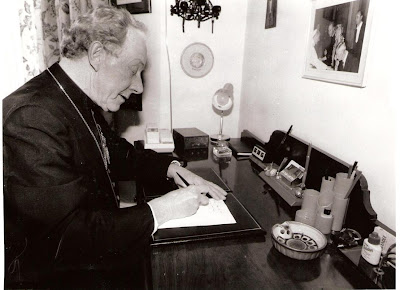 Bishop Brewer was in his mid-50s when he came to the Diocese. During his fifteen years in charge he oversaw a difficult period of change and upheaval, with much in the Church still settling after the years of rapid change in the 1960s and 1970s. A man of learning himself, he encouraged others to learn, and made adult education one of his top priorities. The Talbot Library in Preston was established and more lay involvement in the running of the Diocese was encouraged. 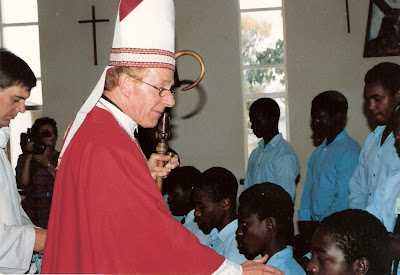 Throughout Bishop Brewer's time the Diocese of Lancaster was able to send priests to work in other parts of the world; there was a particularly strong link with Zambia, which the Bishop visited on several occasions. He signed a 'Covenant with the Poor' as a mark of the commitment of our Diocese to serve those who suffered through poverty. 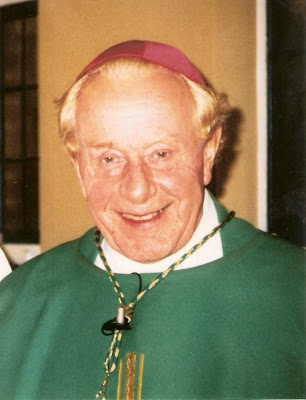 It was ten years into Bishop Brewer's time in Lancaster that the Cathedral underwent its highly successful reordering. The work the Chapter, Canon Mulvany (Cathedral Administrator at the time) and others brought a permanent liturgical arrangement after years of temporary solutions to the post-conciliar changes. No doubt Bishop Brewer too had his say, and it is certain that the project could never have gone ahead without his support. We will return to the reordering later in the year. Bishop Brewer died in office on 10th June 2000; there will be pictures of his funeral posted here next month.
Posted by Canon Billington at 7:09 am