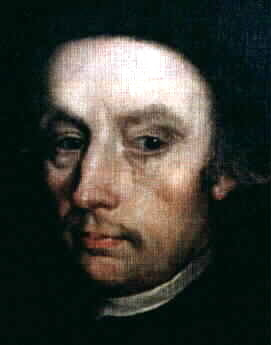 Edmund Arrowsmith, a Jesuit priest and one of two Lancaster Martyrs to have been canonized, was executed in the city on this day in 1628. He was born at Haydock in 1585 to parents who had also suffered for their faith; his father had been imprisoned at Lancaster for a time. Educated at Douai, he came back to England in 1613 and joined the Jesuits in 1624. Canon Billington quotes a contemporary of Arrowsmith who said of the priest, "though his presence was very mean, yet he was both zealous, witty and fervent, and so forward (in disputing with heretics) that I often wished him merrily to carry salt in his pocket to season his actions, lest too much zeal without discretion might bring him too soon in danger, considering the vehement sudden storms of persecution that often assailed us." Arrested and then released in about 1620, he was captured again in 1628 after being betrayed by a Catholic who had a grievance against him "on account of a marriage dispensation." Billington also quotes William Leigh, whom he describes as "the famous Puritan rector of Standish", as saying that if not stopped Arrowsmith "would make half of Lancashire papists." Having been condemned, the Jesuit was taken from Lancaster Castle on 28th August 1628; St John Southworth, who at that time was imprisoned in Lancaster, gave him absolution as he crossed the castle yard. Southworth was later executed at Tyburn, close to present-day Marble Arch, London. Billington tells us that at 12noon, the time fixed for Arrowsmith's death, "Lancaster was emptied, all crowding the place of execution, Protestants hoping to see him waver, and Catholics confident in his virtue and constancy." As he mounted the scaffold he asked for the prayers of Catholics present, and his final words were "Bone Jesu" - "Good Jesus". His body was quartered and displayed at Lancaster Castle as a warning to others, but a hand was retrieved and is to this day preserved at St Oswald's church, Ashton-in-Makerfield.

Posted by Canon Billington at 6:50 am