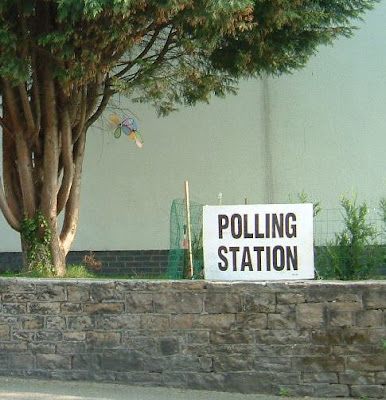 These days the Cathedral Social Centre is used as a polling station whenever general or local elections are held. Eighty-four years ago, however, the Cathedral had a different involvement in the electoral process. At that time Canon Blundell, the Cathedral Administrator, was standing for office himself, as the Notice Book entry of 29th March 1925 records: "On Monday April 6th the election for the Board of Guardians takes place. At present there is not a single Catholic on the Board – so the Canon is offering himself for election in the John O’Gaunt ward. Every Catholic that has a vote should record it. Those young men who are used to clerical work are asked to come forward to offer their services. They may give their names today to the Canon or to Mr. Tom Purcell. We shall need to begin the clerical work tomorrow night." The following week the issue is raised again: "In the election of Law Guardians tomorrow, all Catholics should consider it a duty to vote, if they have a vote. As yet there is not a Catholic on the Board. Make sure of the election of the Canon by voting only for him. There will be a meeting of supporters and those willing to work, in the Boys’ School after Benediction." The notice books make no further mention of the event: perhaps the Canon was not elected, or perhaps reference was made to the election in some other way, and therefore not mentioned in the announcements.

Posted by Canon Billington at 7:09 am