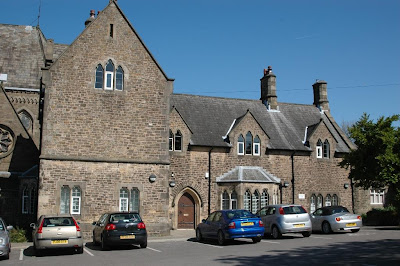 These days the building pictured houses the Diocesan Curial Offices, but for most of its history it was a convent. It was on this day in 1853 that the convent opened, as Canon Billington relates: "Soon after the schools were opened it was decided to introduce religious to teach the girls and infants. By a gift from Mr. Thomas Coulston it was possible to begin the convent building, and on April 25, 1853, Sisters of Mercy came from St. Ethelburga's, Mount Vernon, Liverpool, to take the work up." The Sisters of Mercy stayed well into the 20th century; after they left the convent was occupied by Sisters of the Holy Child Jesus, who continued the educational work from the 1940s. 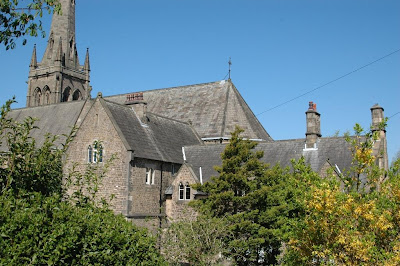 It may be tempting to ask why the convent was dedicated to St Walburga; the Canon has the answer: "The name of St. Walburga was chosen for the Lancaster house in accordance with a promise made on the recovery of one of the sisters of St. Ethelburga's, through the application of St. Walburga's oil, that the next house founded should be dedicated to her."

Posted by Canon Billington at 6:30 am