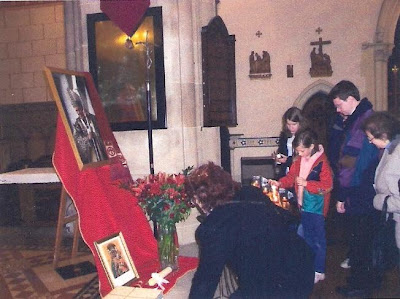 It was an event which got the attention of the entire planet. For several days in Easter week 2005 the world watched, hundreds of thousands gathered in Rome, and people waited, knowing that the man who had been Pope for over 26 years was nearing the end of his life. Over 200 world leaders attended his funeral, which brought together many who would normally never meet face-to-face. The Cathedral became the focus of prayer for the city of Lancaster and for the Diocese, as many came to pray for the Pope and to mourn his death. 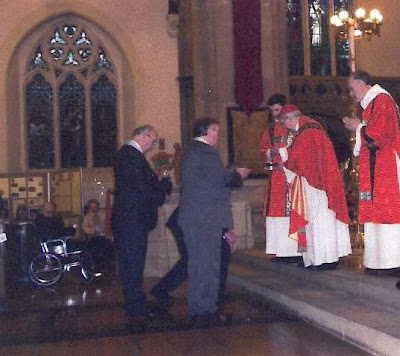 The morning after the Pope's death a great crowd attended Mass, with the number present almost 50% higher than would be otherwise expected. These pictures are from a diocesan Mass which was celebrated on the evening of the Pope's funeral. 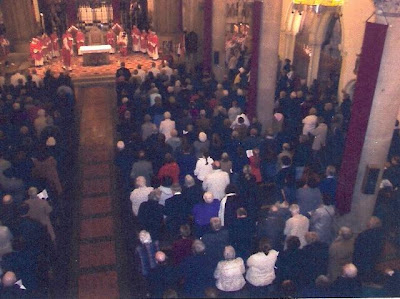 About 600 attended the Mass, with priests and people coming from all over the Diocese. 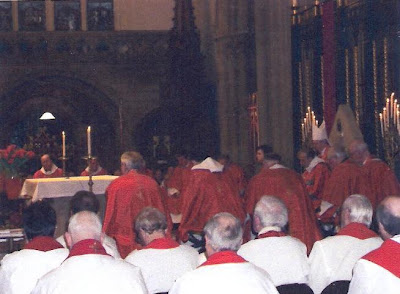 Red vestments are worn in a requiem Mass for the Pope. This is to show the unbroken link with the Apostles, most of whom were martyrs. 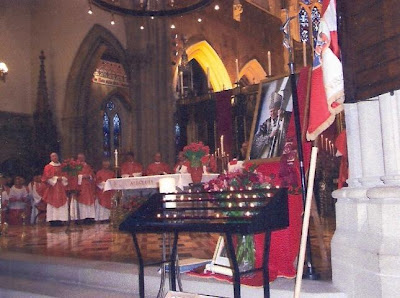 There was also an ecumenical celebration of Vespers, which was attended by many people and leaders from other denominations. A picture of the Pope on the sanctuary steps became a focal point for prayer, and candles were lit before it. Sadly these pictures are not of a great quality. If anyone has the originals, please contact us!
Posted by Canon Billington at 7:19 am