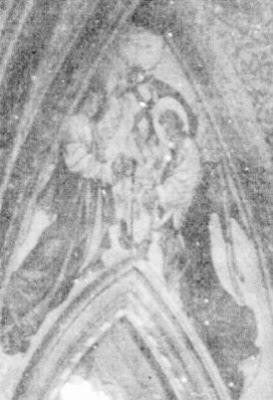 They are the grainiest of images, but they just about give the viewer a picture of what the upper part of the apse once looked like. Above the windows at the east end of the church, looking down on the high altar, these paintings must have been viewed by many people over the years. 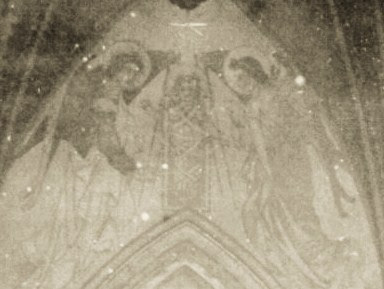 The top picture shows the Gospel side (as the congregation face it, the left); the image above shows the central painting; below we see the Epistle (right hand) side. All these images were painted over when the church was redecorated in the 1970s, and these poor quality images are all that remain - as far as we know. In the rest of the chancel the wall paintings still survive, and it appears from Canon Billington's brief description that all the paintings were part of the same scheme: "The upper part of the walls of the whole chancel, including the apse, is richly decorated in gold and colours, the figures representing a procession of saints... The apse window spaces and the walls over the arcading are filled with figures of angels." 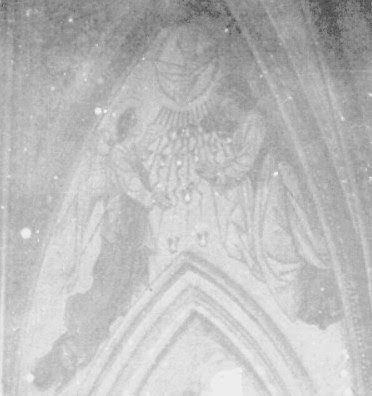 Canon Billington also records the origin of the paintings: "This work was begun in 1894 as part of the memorial to Provost Walker, and was carried on and finished by special subscriptions, chiefly from the Leeming and Coulston families." 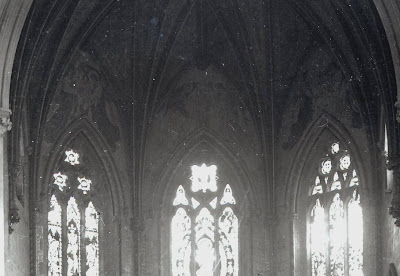 The image here shows St Peter's before the triptych was added in 1909. The wall paintings can be made out above the windows.
Posted by Canon Billington at 7:11 am