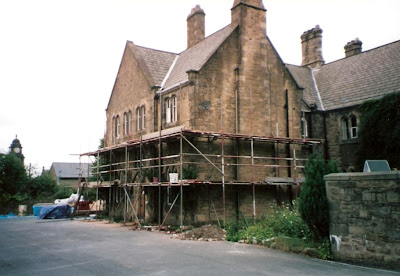 Like any large building, Cathedral House needs a fair amount of maintenance. The pictures here date from the early years of the current century, when work had to be done to underpin the structure. Although the Cathedral itself is - thankfully - built on solid rock, the house had suffered from subsidence and cracks were opening up. 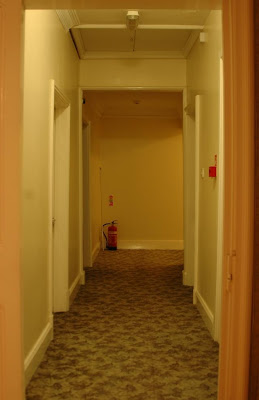 This is the result. If you look carefully at this image you won't spot too many straight (let alone parallel!) lines. This picture shows the south end of the upper floor of Cathedral House as it appears today; you can clearly see that the subsidence has caused damage. 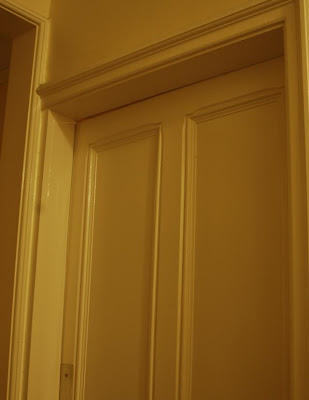 Along the same corridor, this bathroom door no longer fits its frame! Although the door is firmly closed, a gap has opened up in the top left corner. When the work was done devices were installed for monitoring the stability of the house, and so far the underpinning seems to have been effective. This major project is one of the more prominent pieces of work to have taken place in the 150-year history of the building, but in reality both house and church require a constant programme of maintenance and repair. 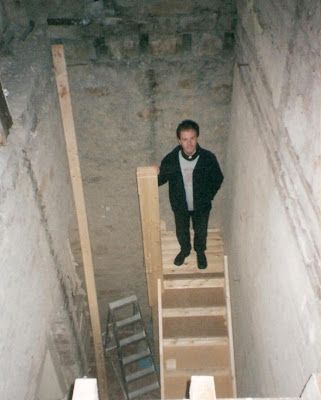 Alongside the repair work occasional improvements are made. At about the time of the underpinning work a new staircase was installed near the south end of the house. Here Fr Jim Burns, one of the Cathedral's priests at the time, surveys the progress.
Posted by Canon Billington at 7:16 am