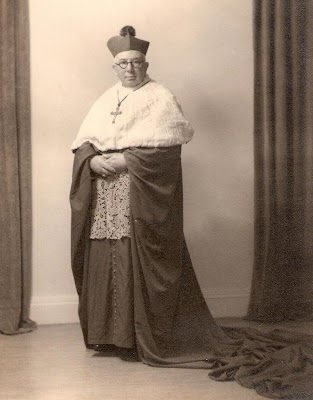 Today we introduce the unmistakable figure of Lancaster's second Bishop, Thomas Edward Flynn. The story goes that as a child he was asked if he wanted to be a priest. "No, Father, " he replied, "I want to be a bishop." Seventy years ago today he got his wish. 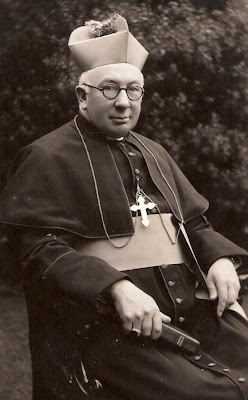 Born in Portsmouth in 1880 and ordained priest in 1908, he came to the Diocese just a few months ahead of the Second World War. The notice book for the time records that the Bishop-elect presented his papers to the Chapter and took possession of the See of Lancaster on 12th July; on 16th July an announcement about the consecration was made at Mass: "It is now definite that the Bishop-elect will be consecrated in the Cathedral on Monday July 24th at 11am by Archbishop Godfrey, the Apostolic Delegate. This is a Diocesan Function, and naturally people from all parts of the Diocese will wish to come - thus you must not expect to have preference of places." The following week it was announced that the Archbishop of Liverpool, Richard Downey, would preach. The co-consecrators were Bishop Edward Myers (an auxiliary from Westminster) and Bishop Joseph McCormack of Hexham and Newcastle. 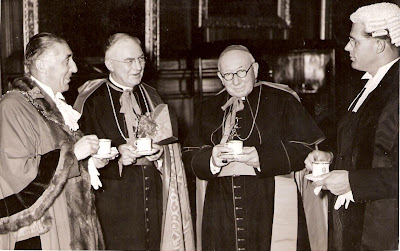 Bishop Flynn's twenty-two years in Lancaster were not uneventful - either for the Diocese or the Cathedral - and we shall be seeing much more of him later in the year. In the meantime, here is a portrait which was recently discovered in Cathedral House. 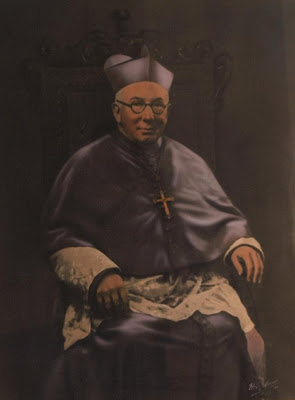 Posted by Canon Billington at 7:10 am